Home > Blog > Get ready for next year’s Tour de France!

The current 2016 Tour de France is packed full of interesting new developments – and it’s still got 11 days to go! But we’ve been working hard already to get our ‘Tour 2017 Special Package’ ready. Read on to find out more… 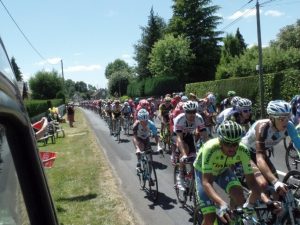 FMH clients Frank and April Rippel get really close to the riders as they camped alongside the Tour route in one of our Euro-Traveller Prestige campervans,

There have been surprises galore so far in this year’s Tour de France with “Froomey” cycling very fast downhill as well as uphill in his newly discovered “ET go home” position; emerging star Adam Yates being shockingly ambushed and sent flying by the inflatable “1 km” banner (if you have not seen the footage of this unbelievable stroke of bad luck and rotten timing, watch Orica BikeExchange’s YouTube footage); and yesterday’s exciting stage win by stellar young Australian sprinter Michael Matthews, who out-sprinted the world champion, Peter Sagan – sweet revenge for the last World Championships! 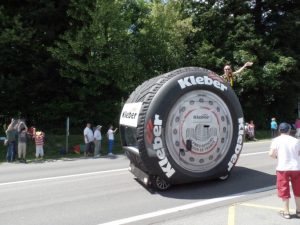 Stage 4 of the Tour: watching the crazy publicity ‘Caravan’ go by

Exciting young riders showing their potential and old hands demonstrating surprising new tricks, what an exciting Tour. Knowledgeable fans watching it all unfold on the TV will have been leaping off their sofas, and we are getting breathless reports from clients following it at the roadside in our motorhomes.

Every year during the Tour de France we see a massive spike in demand for campervan hire in France as the images of Le Tour (and the tens of thousands of motorhomes following it!) are shown all over the world. As usual during the Tour, pretty much our entire fleet is following it with American, Australian and British clients filling most vehicles this year. 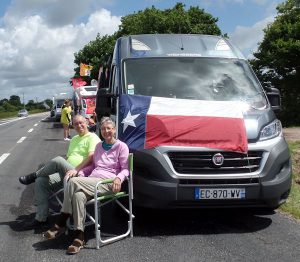 Serial Tour followers and clients Frank and April Rippel from Texas, USA (above: featuring one of our gorgeous new Euro-Traveller Prestige campervans in action!) are back again this year and are publishing some great photos of their adventure as it unfolds on their blog RippleTours.

Fasten your sofa seatbelts for Thursday’s stage 12 to the top of Mont Ventoux! (Update: actually it didn’t because it was just too windy and the stage that day ended 6km further down.)

View from the top of Mount Ventoux, it is very high up! 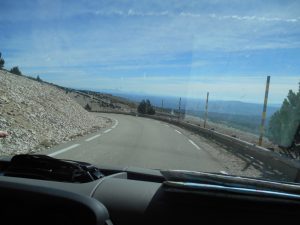 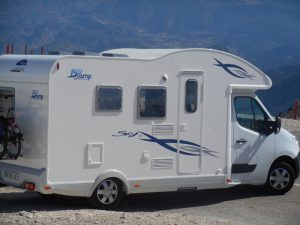 By the time this year’s Tour finishes, we expect to have campervan availability issues for the 2017 Tour de France (starting in Dusseldorf, Germany on 1st July). So if you’d like to follow it next year, take a look at our 2017 Tour de France Special Packages and get in touch to book your van before it’s too late!